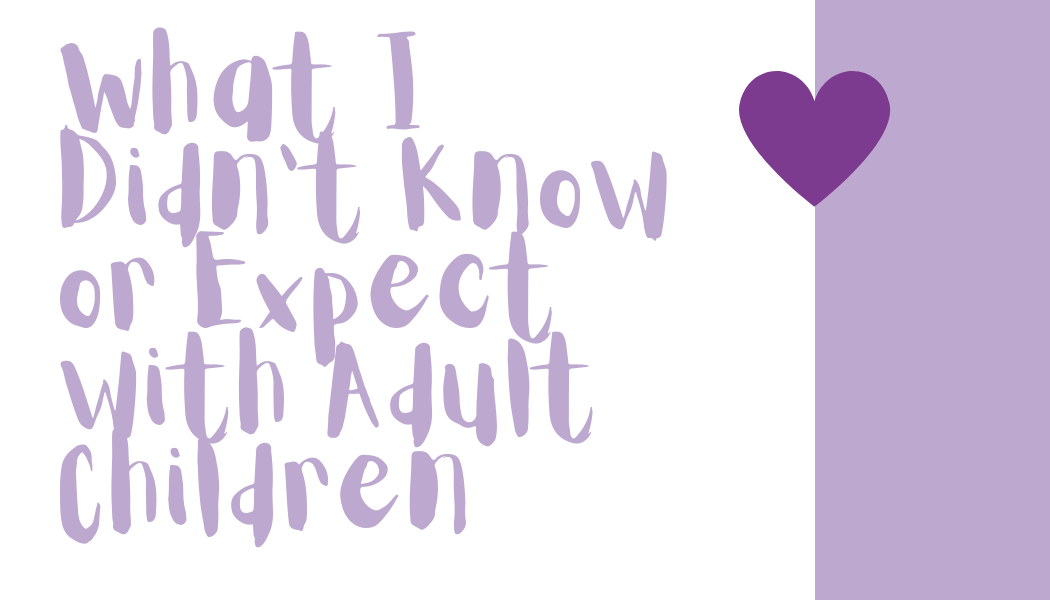 Before I had kids, I envisioned cute babies, snuggles, and adorable outfits. I knew it would be a life-changing and challenging stage of life, but I welcomed it. Considering my first live birth was my second pregnancy, I was very excited to be pregnant with a healthy baby.

I had all three of my children while I was in graduate school, which was an adventure of its own. I had thought about my babies growing up and becoming toddlers and big kids. However, by the time the oldest was in Kindergarten, I met my current husband and he had four kids of his own. My little family of three children became a blended family of seven children.

Life with Kids at Home

Having seven children was not as challenging as I had thought it would be. I had always said if you can handle three, you can handle any number of kids. And I still believe this to be true. My husband is a firefighter and works 24-hour shifts. We had a 12 passenger van (lovingly referred to as “the bus”) and I always said we couldn’t have more than eleven people at the house when my husband was at work. I wasn’t going to be stuck at home if I needed or wanted to go somewhere and I could only take what our “bus” could hold.

We trudged through life some days and enjoyed life other days. I did my best to enjoy the times we had and make as many memories as we could. I knew the kids would only be with us for a short 18 years and I wanted to make the most of it!

My husband, on the other hand, liked to talk about the days when it would be just us. There would be no kids to worry about and we would have more money because there would be fewer kids to spend it on.

Having seven children kept us busy with their activities and with life in general. Then, we added my best friend’s daughter to our household for her four years of high school.

However, I never felt like we had too many kids. We were able to manage them, give them the attention they needed, and make sure their necessities were met.

I never thought we had too many kids…..until they became adults. Now….now…I think I feel more overwhelmed some days than I did when they were little.

Like all families, we’ve had our ups and downs and our struggles. We’ve dealt with teenage tantrums, girl drama, dating relationships, and break-ups, and teaching kids how to drive! (That driving stage was much scarier with some kids than with others!)

Our 26-year-old (2nd oldest) gave me a hard time recently about allowing our 17-year-old (the youngest) to get a motorcycle and his motorcycle permit. He correctly stated that we would have never allowed him to do that. My response to him was that the 17-year-old has given me A WHOLE LOT less trouble than he ever did at his age. His response was one of agreement. He knew how challenging he was and how much easier the youngest is.

We’ve done our best through the years to give each of them what they need. I have always told them their “leash” was always the right size for them. It was long enough to learn, but not long enough to strangle themselves with!

Here I thought life would be easier once the kids were adults.

The teenage years were over and smooth sailing ahead! I thought I wouldn’t have to worry and they wouldn’t need anything besides a few pots and pans when they got their first apartment and a few minor financial struggles here and there. However, the financial struggles have been the easiest for us to deal with so far.

What I wasn’t ready for was the emotional piece.

I wasn’t ready to watch our adult kids make poor decisions that I knew wouldn’t go well. This is completely different from the high school and grade school poor choices. The adult poor choices have such a bigger impact on them, their lives, and the lives of their own little families.

I wasn’t ready for the heartache.

I was a single parent for a few years before I met my current husband. I struggled financially and experienced the stress of being a single parent. I juggled school, work, and young children. However, it’s been harder to watch our older daughter struggle. I hate seeing her struggle and I wish life was easier for her. I know life will be easier for her in the future, but I hope the future gets here sooner rather than later.

I think the picture below sums up single parenting pretty well.

I’m a firm believer that children do not need identical everything. They have different needs because of different personalities, likes, and dislikes. One may need more emotional help some days or another may go through shoes quicker due to a growth spurt. I’ve always made sure my children were aware of this. My favorite reminder to them was my boys didn’t need bras just because my girls did.

They were always treated fairly and equally (whether they believed it or not)!

However, it’s so hard to watch one of our kids treat his children so differently. He will tell others, and the children, that he likes one more than the other. One gets birthday parties and the other one does not. One gets time to play with the parent and the other is sent to play in the bedroom alone. We’ve tried to talk to him about it but to no avail. We’ve tried to be more involved and this has not worked either.

I want what’s best for my kids and grandkids and it’s so hard to watch them being treated so differently. Sometimes I think the worst part is the heartache that comes from knowing we can’t fix it.

Deciding not to talk to us

I expected our teens to go through times of disliking us or hating us, but I wasn’t prepared for my adult kids to do this. Again, we have seven kids. Seven with VERY different personalities, life goals, beliefs, and so on. We’ve gone through phases where this one doesn’t speak to us because we have rules while they are still living at home. Or that one doesn’t speak to us because that one got exactly what they wanted (yes you read that correctly). One even moved out at 18 because we told her to clean her room. As she packed to move out, I reminded her she was actually cleaning her room as she packed!

It’s heartbreaking to not be a part of their lives. It’s also frustrating to know that none of it makes any sense to me. They are mad about things that never happened or things that happened 20 years ago. However, all we can do is pray, do our best to maintain connection, and not positively reinforce any negative behaviors.

Going through their pain with them

I’ve struggled as a parent, especially a young parent, but it’s an entirely different ball game watching my children struggle and going through it with them.

I had all kinds of birth problems with my first child, including her being in distress and having an emergency c-section. However, this was nothing compared to sleeping on the floor in my older daughter’s (biologically step-daughter) hospital room while she was in labor for days. Seeing her struggle as I had struggled. Watching her prepare for a c-section she was not ready for after DAYS of being in labor at the hospital.

However, nothing has been as terrifying as when the nurse called just me and her biological mother back to see her after her c-section. We are cordial, but we are not buddies. I knew immediately something was wrong. The nurse tried to downplay and I pushed for information. I knew something was wrong.

The little guy below is a happy, healthy kiddo now, but he sure had a rough start. One of the next scariest moments of my wife was a few weeks later when I was at my daughter’s house. She was opening the hospital bill and saw a resuscitation charge. She had no memory of him having to be resuscitated at birth.

However, we haven’t been lucky enough to have all of our grandbabies be able to stay with us. I was definitely not ready for having a deceased grandbaby. It’s an experience I hope I never have to deal with again. There is the heartache for my daughter, as well as the heartache of the what-could-have-been thoughts.

However, it’s not all bad

There are good times too!

Having adult children is so much more draining than I ever thought it could be. I was simply not ready for the continual needs and struggles. I wasn’t ready for the emotional drain and worry.

However, we still have been able to make so many good memories and have good times together. Only seldom can we get everyone together at once, kids, significant others, and grandkids, whether that’s because of jobs, timing, or simply kids being upset with us for something. We do get to spend time with the children and grandchildren, but some more than others due to these various reasons.

We have been able to spend time with our grandchildren, some more often than others. However, the bonds with each of them are priceless.

My husband and I are already planning to start the tradition of taking each grandchild on a trip somewhere of their choosing (the continental US only) when they turn ten or eleven. No one is that age yet, but it will be here before we know it!

The one still at home

We are down to only one at home right now.

Our household is down to just one more year with any kids living at home full time. So, we have to make the best of that last year at home!

This is a picture from the out west adventure the three of us took this past June.

We have made memories to last us and them a lifetime! We have made so many memories and we will continue to make more every day with our kids and with our grandkids!!

There has been the joy of making ordinary daily memories of dress-up and just playing with toys.

And we can’t wait to make more memories with our kids and grandkids through the years.